The music known today as repetitive, confronted repetition, with repeating elementary figures. The occurance of rep­etition – as opposed to what others composers did – here is not merely a mechanic monotone, instead I approach it in its entirety. A continuous sound is, in actuality, repetition, other rhytms can exist beyond the fixed and double ones. That’s why the rubato appears in this piece, at times stair-like, as well as the live dynamic progression repeating itself – ad absurdum. And it repeats (in form) because the alter­nating line of tighter and looser parts, at times the tightness, other times, the looseness giving the most extreme momentum towards experience.

Like the drama of the world. At the time I felt that the situa­tion was totally hopeless, in the world, in Hungary and my own as well. Strenght and unity, spirit and movement, life and collapse, the failure of the cul­tures, or survival – I was deeply involved in these questions. I remember realizing again that rythm is the foundation of life and music, and its true all the way from the atom to dance. Rythm like the world pulse, live network, the woven energy we are all tied into. I admit that there isn’t a lot of pleasure reaped from this music, but it isn’t without strength. Which, after all is important. 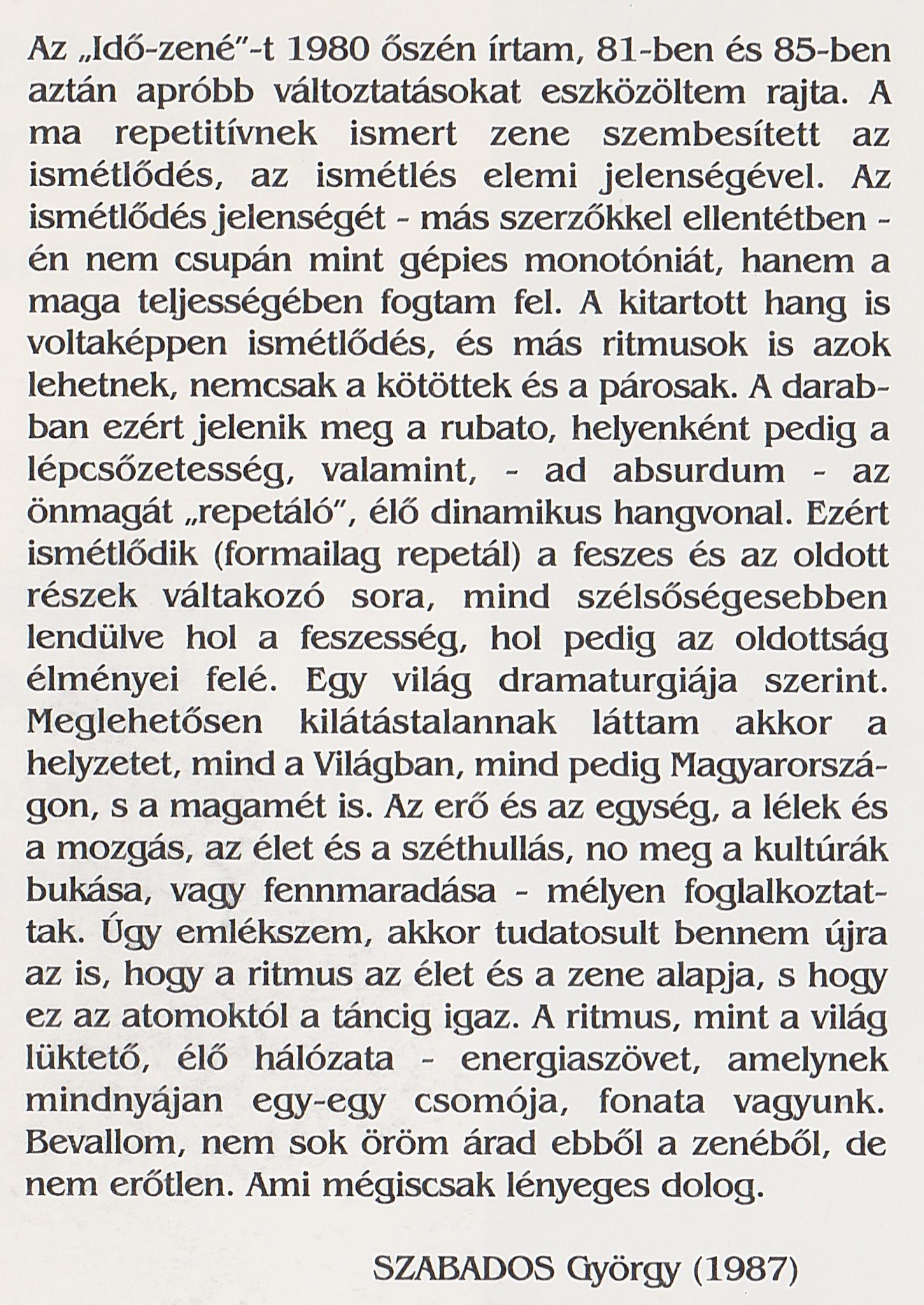 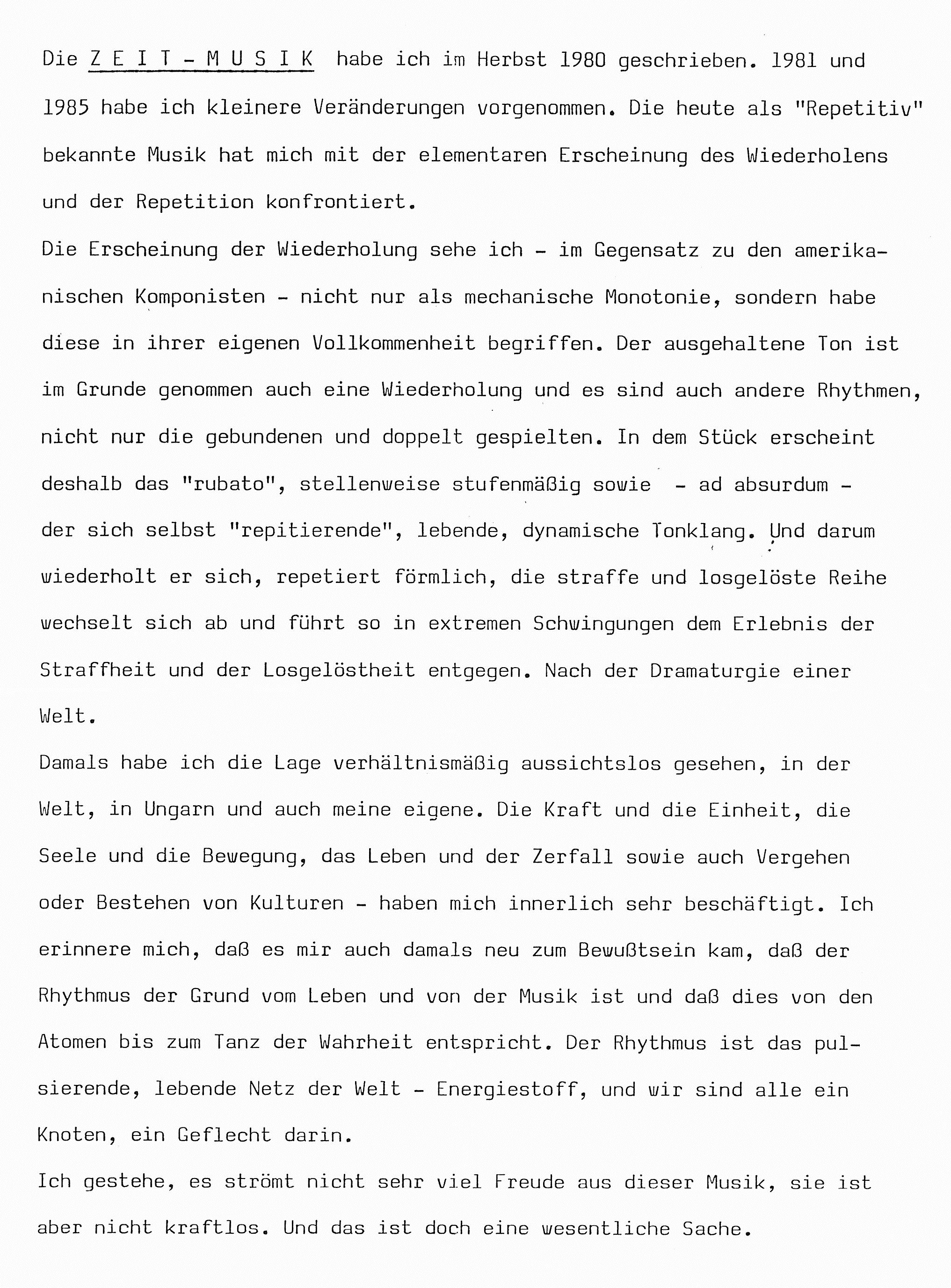