Singer and player of Koboz (the Hungarian lute from Central Asia), the bard Kobzos Kiss Tamás went out, further to a cancer, the last 8th November in Budapest.

After chemist’s university studies to Debrecen, his interest for Early and Folk musics will make him join groups such as Kecskés Ensemble (1976 – 1986), Clemenčic Consort (from 1981), either still, Michel Montanaro and East Winds (1982 – 2000). But fascinated also by contempory music, Jazz and improvised music, he will be the voice of pianist György Szabados, peculiarly to accompany the dancer and choreographer Josel Nadj. KKT also played Citera, guitar, lute with long neck and lute renaissance.

In spite of many journeys, he was rather little known outside Hungary, Carpathians area and Turkey. Nevertheless, its powerful voice and its skill in Koboz, just like its attentive kindness of fair man, had to be knew. KKT taught since 1986 at the Óbuda school of Folk music in Budapest found in 1975. He will manage the school from 1991 until retreat in 2014. He was used, each year, participating at the Old music’s festival (Muzica Veche) of Miercurea Ciuc in Romania, as well as to play regularly, since 1991, with his turkish friend, player of Saz (lute with long neck) Erdal Şalikogĸğluval.

Defender of the Protestant Psalter — he was borned at Debrecen, the “Calvinist Rome”of East, — and passionate by the Hungarian epic, his activity from 2000 will be turned as much towards historic and religious songs as folklore. He will have participated or realized more than forty recordings from medieval songs and renaissance music including Calvinist psalms, Hungarian epic verses from the XVIe – XVIIIe centuries which he sang as an accomplished bard, songs of Occitan and Turkish troubadours, finally modern music as the compositions on poems of his father Tamás Kiss (1912 – 2003). He was also song-maker (almost unknown) of a famous ballad: “Csángo Magyar”, to day included in the Hungarian Romancero as if it was an old hymn.

Member of the Academy of Fine Arts of Hungary, he received the Kossuth price what is an equivalent of French Legion of honor (but with much fewer elected). He was proud to have received it at the same time as Vujicsics, a key group of the Hungarian traditional scene and pillar of East Winds.

I was lucky enough to alongside to Kiss Tamás during recording of several albums of which one in Budapest for Hungaroton in 1986. He brought with his powerful voice, solemnity and sometimes seriousness on his singing, while having a timbre of high quality but rather rough for certain common ears. Today, it is necessary to re-hear this voice of the outstanding Balkans for its natural simplicity, its expressiveness and its energy, a voice which summarizes “Kobzos” Kiss
Tamás’s human and musical qualities, a bard and an attentive teacher, according to his words, “for the good and the well done”. 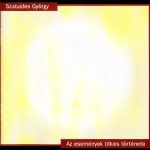 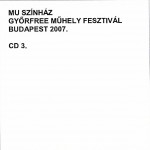