Leo has a fascinating history. Born in Leningrad in 1938, he gained an early love for jazz. While not a musician, he was engaged in presenting some of the early jazz concerts in the Soviet Union. He, like millions of others behind the Iron Curtain, learned about jazz by listening to Willis Conover’s Voice of America jazz programs. Leo said,”He was like a saint to us.”

He met Willis in 1969 after a jazz festival in Tallinn, Estonia. In Leo’s apartment in Leningrad, Willis was gathered with several jaz people who were complaining about their situation in Russia. Leo recalled, “Willis blew us away with his comment, ‘Why don’t you do something about it?'”

Feigin left for Israel in 1974. There, he read an ad for the BBC and applied for a job as a Russian translator and broadcaster of jazz programs. He has lived in London for the past 20 years. In 1979, he formed Leo Records, mostly to promote Russian “free jazz” artists such as Vyacheslav Ganelin, Vladimir Tarasov, Sergey Kuryokhin and Vladimir Chekasin. He edited a book, Russian Jazz: New Identity (1985), that explains his motives for producing “free jazz” recordings and the troubles he faced with his record company, which included negative reviews by American jazz critics and distribution problems in various countries. Leo Records is still in business and Feigin can be contacted at leorec@atlas.co.uk.

We discussed the fate of jazz in present-day Russia. Feigin remarked, “The generation who were brought up on jazz by listening to Conover’s VOA programs are now old men. People like Igro Bril and Leonid Chezhik have either retired or moved out of Russia. Roman Kunsman, one of the most brilliant saxophonists, lives in Israel. Vladimir Sermakashev now lives in New York City and calls himself Vlad West. You know, of course, that the Hollywood movie, Moscow on the Hudson, was based on Vladimir’s life.”

Feigin is no longer producing recordings by Russian jazz musicians. “They are free now and must make their own way.” As for the collapse of the Soviet Union, Feigin leaned back in his chair and laughed. “It wasn’t Gorbachev or Reagan who contributed to the fall of the Soviet Union. The entire system had been falling apart for years. If I had to list the five most important people responsible for the dismantling of the Soviet system, Willis Conover would be high on that list.”

As we parted, he shook my hand. “Jazz is a form of expressing freedom. That’s what Conover taught us.” 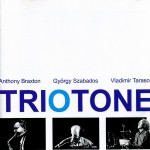