After working for Karlheinz Stockhausen at Westdeutscher Rundfunk in Köln, he recorded and played with many krautrock bands in Germany during the 1970s. After returning to Britain, he worked with avant-garde musicians as well as rock and pop projects; he also composed the themes and incidental music for several BBC Television, Channel 4 and Channel 5 shows, and four films. 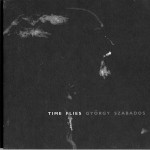