“BMC is a splendid new imprint for Hungarian music. I hope and expect to see many more fine releases from them soon. (…) The fabulously rich musical culture that produced the genius of Bartók and Kodály didn’t stop with those two giants.”

“The artist is solitary” – declared Franz Liszt, one of the greatest virtuosos and one of the most significant composers of the XIXth century in the middle of the 1830s, formulating the paradox situation of those favoured by the muses. The same social elite that gladly surrendered to the magic of the stars in the evening at the opera or the concert hall refused to recognize them as equals during the day. Liszt’s entire career was aimed at the social ascent of the artist. The artist – the musician – is as solitary as ever, even if theoretically he now stands as much chance of making a career for himself in a social sense as a bank manager. This age gives preference to tangible things and rationalism, but a musician is elusive, intangible, that is to say, he works with intangible material, lives among notes in the shadow of predecessors whose bones may long have turned to dust, but who are nevertheless immortal: Bach, Mozart, Beethoven and the rest. To create a home for musicians, to take an interest in their work, to communicate to others, to make easily accessible their adventures with sounds – as composers or performers – this should be the aim for which every publisher professing to be a sympathizer and patron of the arts should strive. The Budapest Music Centre – no doubt because its founders are musicians themselves – take this communicating-interpreting function of publishing literally. During its ten years of operation, the BMC has wholeheartedly embraced and supported Hungarian classical and jazz music. It has released fifty CDs (including works by Liszt as well as the compositions of various representatives of Hungarian contemporary music and jazz. In addition to this, with the help of the latest types of media, it has undertaken to publicize – with unfailing enthusiasm, with a constant fanfare of trumpets – the musical past and future of the country of Bartók, Kodály, Kurtág, Eötvös and Ligeti. One must listen to the trumpeters” of the BMC: they are relaying the crucial message of the solitary community of musicians. 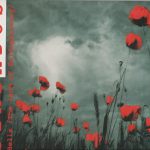 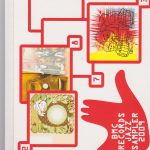 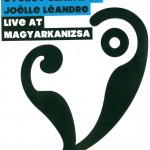