Csaba Klenyán studied with Jozsef Balogh and Béla Kovacs at the Ferenc Liszt Music Academy in Budapest, graduating in 1990. The following year he won first prize at the Young Interpreters Competition in Arizona, and then again in 1993 at the Popa International Clarinet Competition in Bucharest, Romania. Besides playing the classical and romantic repertoire, he is keenly interested in performing contemporary music as a clarinettist. Many of these compositions are written specially for him. He has won the Artisjus Prize on three occasions, in recognition of his commitment to contemporary music, and last year was awarded the Liszt Prize. He is a founding member of the Ensemble UMZE (New Hungarian Music Society). In December 2003 he made his debut recital in London as a soloist at one of Springboard Concerts Trust s series at the Wallace Collection, as part of Magyar Magic — Hungary in Focus 2004. In 2002-2003 he was holder of a Soros fellowship. Csaba Klenyan plays a Selmer Recital clarinet. 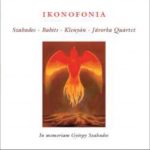 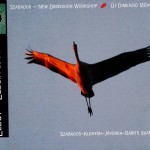