He played in duo with György Szabados from the early 1970s and at the same time with perfecting his improvisational abilities he immersed himself in contemporary music. In 1973 he and Szabados won an award at the San Sebastian Jazz Festival. He was a member of important jazz formations of the time, among them the band Rákfogó with Béla Szakcsi Lakatos and Gyula Babos. From 1975 to 1990 Lajos Kathy-Horváth lived abroad. György Cziffra invited him to play in Paris, where he soon became a student of the International Yehudi Menuhin Foundation. After winning the Bartók Violin Competition of the institute, Menuhin selected him as his assistant and he taught and performed in this position for a number of years. After the political changes in Hungary he returned home, and has been composing and playing in different formations in his native country ever since. Besides the great jazz artists his main influences have been Béla Bartók, Igor Stravinsky, and Arnold Schönberg. In 2005 Kathy Horváth received the Officer’s Cross Order of Merit of the Republic of Hungary for the recording of his great orchestral pieces ‘Alpha and Omega’ and ‘Gypsies in Holocaust”, the uniqueness of which is that the composer plays each and every instrument himself. 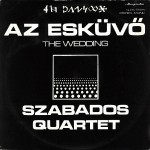 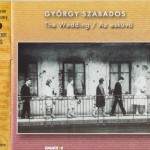 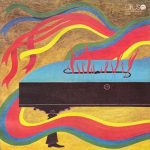